The torture by rats 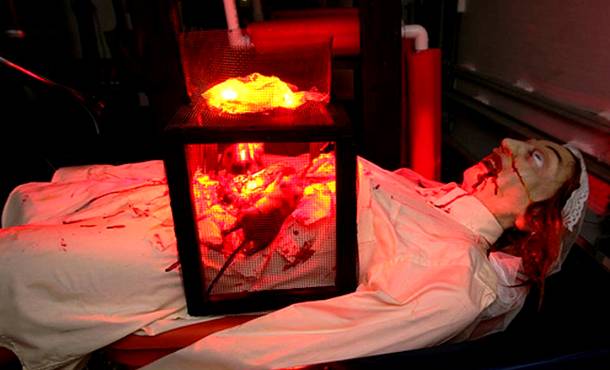 Being in an enclosure with rats is torture enough; but apparently, this is not enough for medieval times. A cheap and one of the most sadistic of all torture techniques involved having a cage with one open side strapped against the victim’s body.

This was done as follows: The victim was completely restrained usually being tied to the ground or any horizontal surface. He would then have slits cut in his belly. Hungry rats would then be placed in the slits to eat the victim from the inside. Gnawing the intestines usually took hours or days of agonising pain for the victim. Unless stopped almost immediately this torture always resulted in eventual death (through peritonitis if nothing quicker intervened).