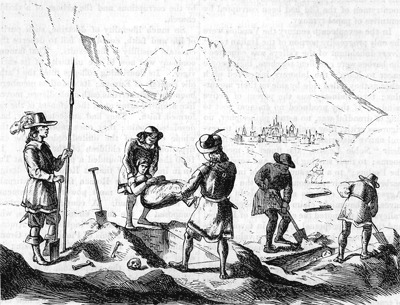 Since antiquity, premature burial has been employed as a means of capital punishment in various nations. In ancient Rome, Vestal Virgins who broke their vows of celibacy were immured in small caves. Ditto for rapists of virgins. In Middle Age Germany, live burial was reserved for women who committed infanticide. In medieval Italy, remorseless murderers were buried alive, headfirst, with their feet sticking above ground. Under 13th century Danish law, live burial was the execution of choice for female thieves. Male thieves were beheaded, which is, of course, preferable.

Women who killed their husbands in feudal Russia were buried alive in a sacred killing site known as The Pit. It’s said that the Druid St. Oran offered to be buried alive as a sacrifice in order to banish the devil from meddling with the construction of a new abbey. Sometime later, his still-living body was dug up, but when Oran spoke of visiting an afterlife without heaven or hell, he was reburied for good.