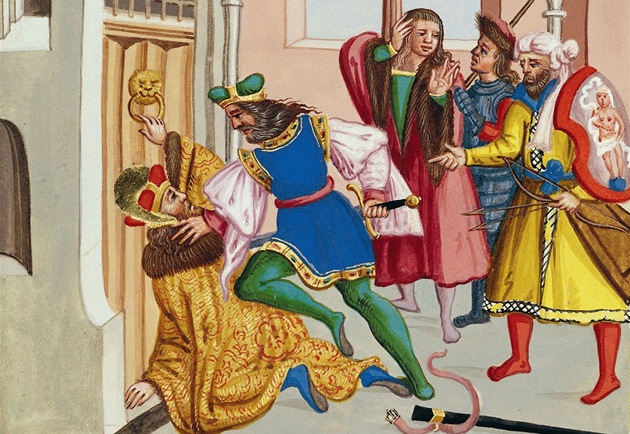 Wenceslas I, Duke of Bohemia, was a medieval ruler who is now widely known as the patron of the Czech lands. Many aspects of his life and rule had the feel of a Shakespearean tragedy, from the rivalry between his pagan mother and sainted grandmother, to his premature and untimely demise. In the end, he was murdered by his own brother’s henchmen on 28 September, 935 CE, which day is now celebrated as the feast of Saint Wenceslas.

Bořivoj and Ludmila had two sons, the younger of whom, Vratislav I, eventually inherited the dukedom after the death of his older brother in 915. Vratislav married the pagan princess Drahomíra of the Hevelli, a tribe of Polabian Slavs living in the eastern regions of the German lands. Probably in the year 907, Vratislav and Drahomíra had a son named Vaclav, better known today by the Latinized version of his name, Wenceslas.

When Vratislav was eventually killed in battle with the Hungarians around 920, the underage Wenceslas was proclaimed as the new Duke of Bohemia with his mother acting as regent during his minority.