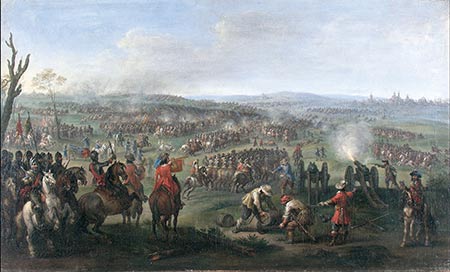 The battle at the White Hill was on 8 November 1620. An army of 15,000 Bohemians and mercenaries under Christian of Anhalt was defeated by 27,000 men of the combined armies of Ferdinand II, Holy Roman emperor led by Charles Bonaventure de Longueval, Count of Bucquoy and the German Catholic League under Johann Tsercleas, Count of Tilly at Bílá Hora near Prague.

The battle marked the end of the Boheian period of the Thirty Years‘ War and decisively influenced the fate of the Czech lands for the next 300 years. Its aftermath drastically changed the religious landscape of the Czech lands after two centuries of Protestant dominance. Roman Catholicism retained majority in the Czech lands until the late 20th century.