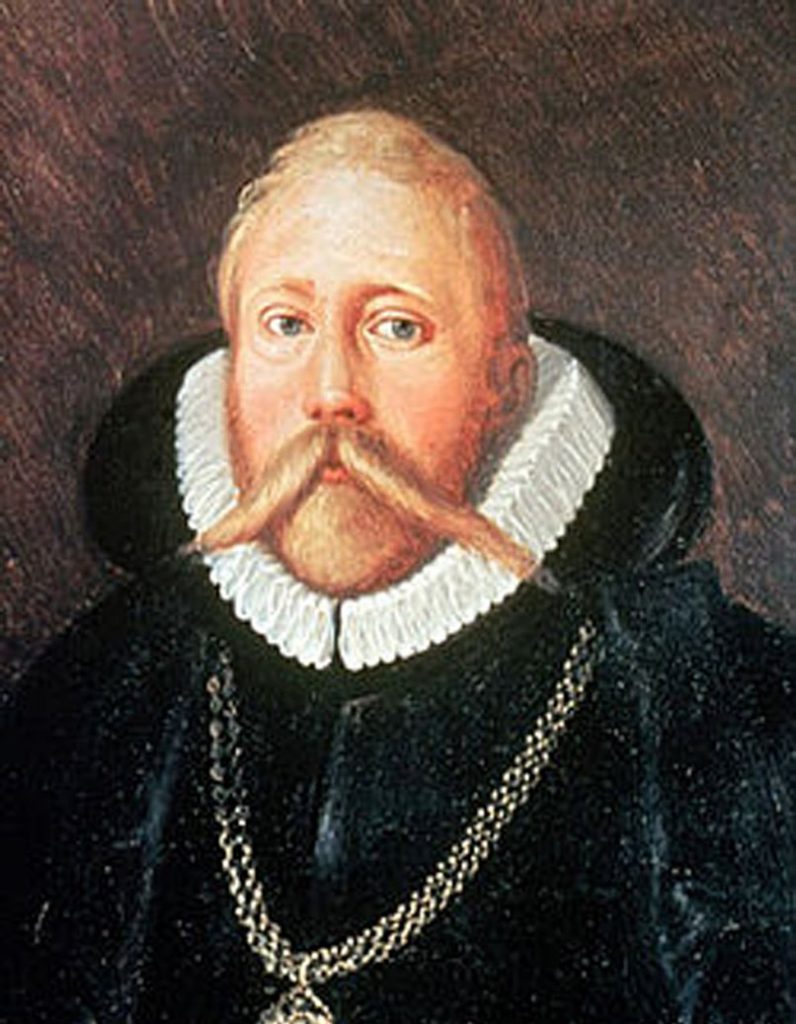 Tycho was born on 14 December 1546 in Danish peninsula of Scania. He was a Danish nobleman astronomer, and writer known for his accurate and comprehensive astronomical and planetary observations.

He took an interest in astronomy and in the creation of more accurate instruments of measurement. As an astronomer, Tycho worked to combine what he saw as the geometrical benefits of the Copernican system with the philosophical benefits of the Ptolemaic system into his own model of the universe, the Tychonic system. His system correctly saw the Moon as orbiting Earth and the planets as orbiting the Sun, but erroneously considered the Sun to be orbiting the Earth.

Tycho’s body has been exhumed twice, in 1901 and 2010, to examine the circumstances of his death and to identify the material from which his artificial nose was made. The conclusion was that his death was likely caused by a burst bladder, and not by poisoning as had been suggested, and that the artificial nose was more likely made of brass than silver or gold, as some had believed in his time.