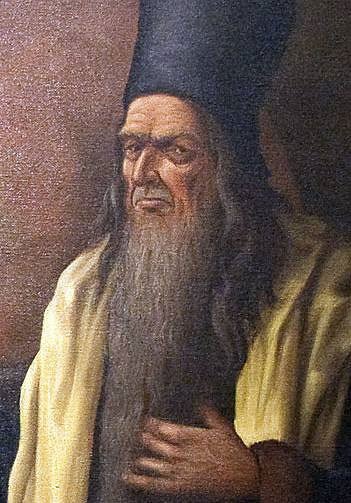 Judah Loew ben Bezalel (Rabbi Löwe) widely known to scholars of Judaism at the Maharal of Prague of simply The Maharal, the Hebrew acronymof „Moreinu Ha-Rav Loew“ („Our Teacher, Rabbi Loew“), was an important Talmudic scholar, Jewish mystic and philosopher who  for most of his life, served as a leading rabbi in the cities Mikulov and Prague. Due to his unprecedented impact on Jewish study, he is considered one of the most important rabbis of all times.

He is also the subject of a 19th-century legend that he created the Golem of Prague an animate mythological being fashioned from clay.

He is  is buried at the Old Jewish Cemetery in Josefov where his grave and intact tombstone can still be visited.