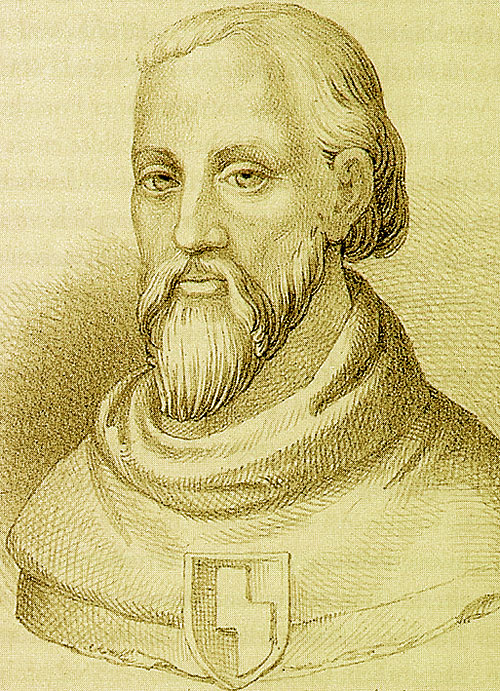 Peter Parler was a German-Bohemian architect and sculptor from the Parler family of master builders. Along with his father Heinrich Parler, he is one of the most prominent and influential craftsmen of the Middle ages.

Peter worked at several important late Medieval building sites, including Strasbourg, Cologne, and Nuremberg. After 1356 he lived in Prague where he created his most famous works: St. Vitus Cathedral and the Charles Bridge.

Apart from the cathedral and the bridge, Peter was also the main designer of the New Town of Prague. He also built the All Saints‘ Chapel inside the Royal Palace of Prague Castle. After a fire in 1541 it was redecorated in the baroque style. Between 1360–78 Parler built the chancel of the St. Bartholomew church in Kolín. Peter is also responsible for various tombs, shrines and sculptures at various sites in and around Prague, including at Kutná Hora.