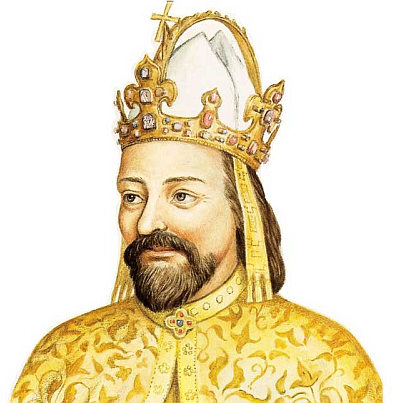 On 11 July 1346, the prince-electors chose him as King of the Romans in opposition to Emperor Louis IV. Charles was crowned on 26 November 1346 in Bonn. After his opponent died, he was re-elected in 1349 and crowned King of the Romans. In 1355, he was crowned King of Italy and Holy Roman Emperor. With his coronation as King of Burgundy in 1365, he became the personal ruler of all the kingdoms of the Holy Roman Empire.