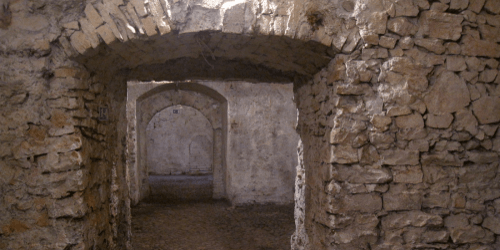 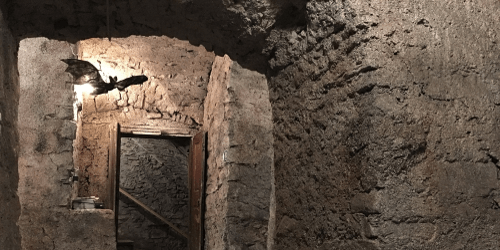 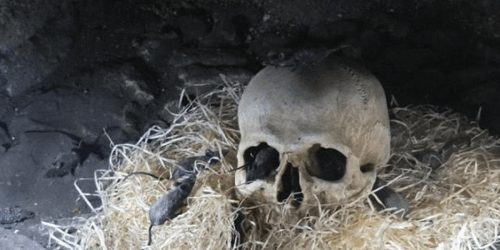 The Prague Oldtown is famous for its beautiful architecture. But there are not only the treasures visible at first sight on the streets. Beneath the town is an other city, the one from before. During the restless decades of the 13th century when the city walls and fortifications of the former old town have been built, the streets of Prague were buried using the trashes and leftover materials after that constructions and mainly in order to prevent the flooding of the town by at that time a much wilder Vltava river. So the former level of the streets was much lower at that time than it is today…

Many churches and monasteries have old underground labyriths, formerly used as burial places or treasuries in the war times of the medieval past, often not even known to the local inhabitants. Many structures have been undertunneled for military purposes to hide not only military supplies, but also the soldiers of all the different armies which invaded Prague in the past 800 years (and there were plenty, the Passovians, the Swedish, the French, the Bavarians, the Germans, the Russians…  )

On top of these historical undergrounds there is also the technical underground of Prague, the subway system, which is a world on its own. Providing all necessary daily needs without which the city wouldt be able to function.